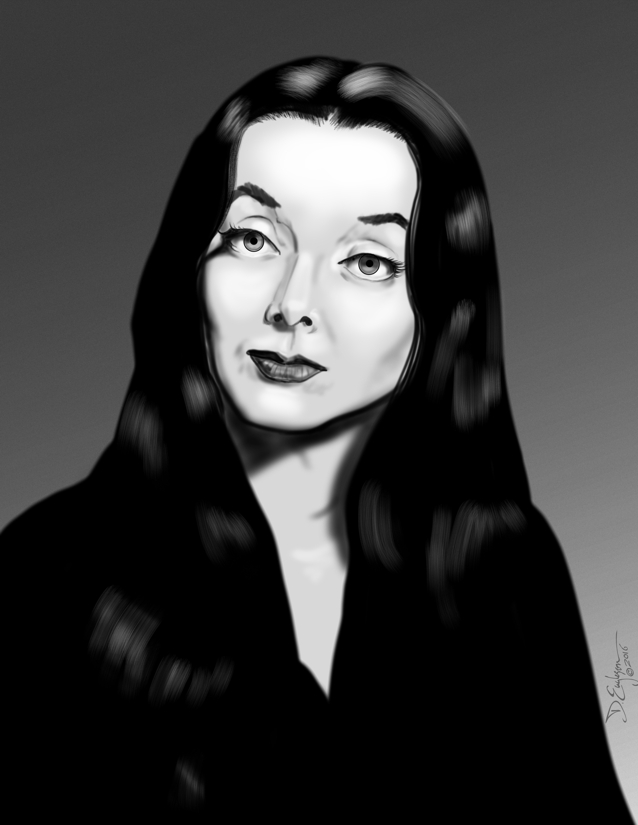 Considering the impact Carolyn Jones as Morticia had on my young mind and libido, it’s a wonder I never developed a Pavlovian response to French like Gomez had.  “Goth” style hadn’t been named yet, but she had it in spades.  And her marriage to Gomez had to be one of the healthiest on 60s television – certainly it was the only one with any passion in it.

Carolyn Jones had quite a career both before and after The Addams Family.  She appeared many times on Dragnet, and had parts in both Invasion of the Body Snatchers (the original ’56 version) and Hitchcock’s The Man Who Knew Too Much.  She was the Queen of Diamonds on the 60s Batman series, and played Hippolyta, the mother of Wonder Woman, on the Lynda Carter 70s series.

Irony Department:  Jones’ last gig was on a soap called Capitol, and when she was dying of cancer, she was subbed in the series by an actress named Marla Adams.  Only one “d,” but still…