Posted on January 9, 2020 by Duncan Eagleson

Bernie Wrightson (1948-2017) was an illustrator and comic book artist whose pen and ink style was quite unique. 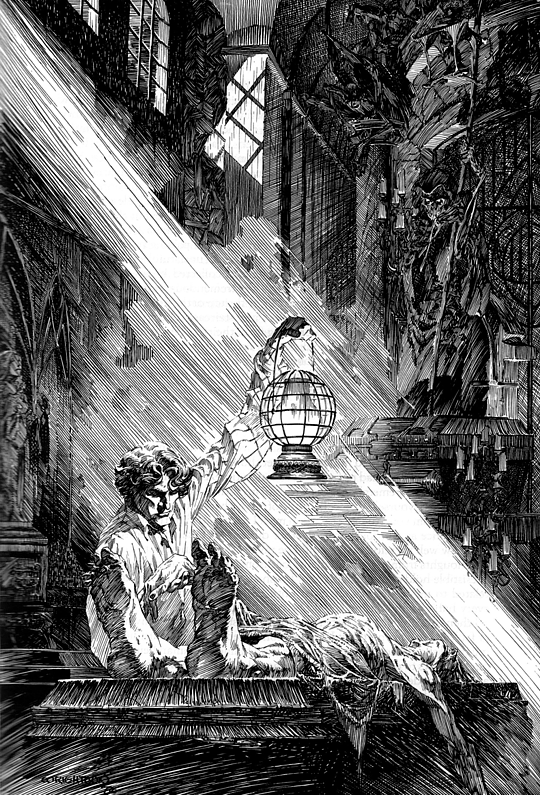 Wrightson began his career as an illustrator for the Baltimore Sun, but within a couple of years went to work for DC Comics, mostly working in horror comics like House of Mystery and later Marvel books like Chamber of Darkness and Tower of Shadows. Working with writer Marv Wolfman, he co-created Destiny, a character who would later appear as one of the Endless in Neil Gaiman’s Sandman. His greatest impact on comics, however, was probably the creation of the Swamp Thing with Len Wein. In the 70s, Wrightson went to work for Warren Publications, whose larger format black and white horror comics were a more appropriate venue for his elaborate ink style than color comics had been. 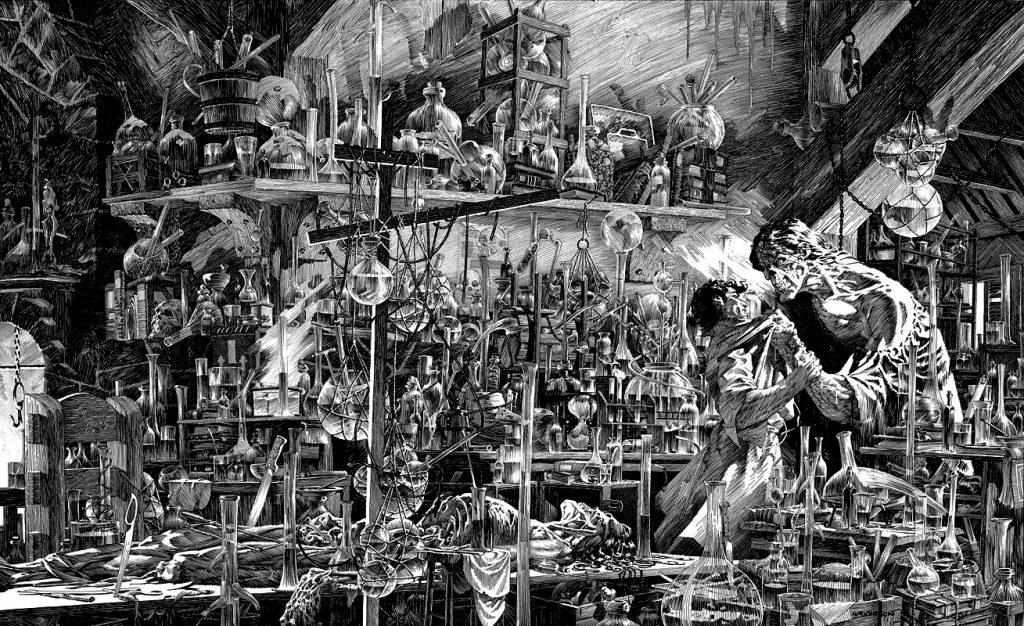 Frankenstein’s creature confronts him in his laboratory. Bernie Wrightson (Click to enlarge)

Wrightson’s real masterwork, however, came in 1983 with the publication of his illustrated edition of Mary Shelly’s Frankenstein. It was a labor of love on which the artist had spent seven years producing 50 gorgeous large scale pen and ink dawings (some of which I’m including here). Frankenstein was a perfect match of style and subject, as Wrightson’s intricate inking style mimics the appearance of the steel and wood engravings used in publications of the period. Wrightson clearly drew inspiration from golden age illustrator Franklin Booth (1874-1948). 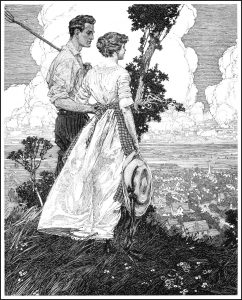 As a young man, Booth, according to legend, did not realize the pictures he was copying were engravings, and taught himself to laboriously copy their style in ink. (For those who aren’t familiar with the process, the original artists for publications back in the day usually did tonal drawings, which would then be turned over to engravers, who reproduced those tones by the use of parallel and hatched lines, engraved backwards directly onto a metal printing plate).

Below, a sampling of illustrations from Wrightson’s Frankenstein (Click to enlarge): 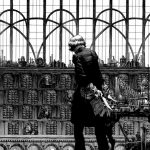 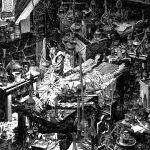 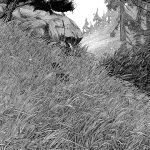 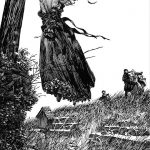 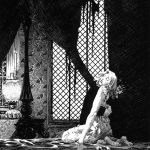 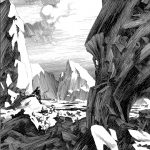 Wrightson’s illustrated Frankenstein includes an introduction by Stephen King and from Wrightson himself. The illustrations themselves are not based upon the Boris Karloff or Lee films, but on the actual book’s descriptions of characters and objects. For the 25th anniversary of the first edition in October 2008, a new edition was prepared and released by Dark Horse Comics in an oversized (9″ x 12″), hardcover format, scanned from the original artwork, when it could be tracked down.

Wrightson was also a fine painter, though his paintings were far rarer than his ink work. In 1976, he produced a portfolio of paintings illustrating Edgar Allan Poe stories.

The Cask of Amontillado 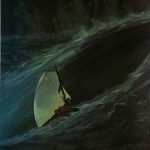 Descent into the Maelstrom 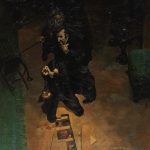 In later years, he would work with Stephen King, illustrating Creepshow, Cycle of the Werewolf, The Stand, and Wolves of the Calla. He contributed concept art to the movies Ghostbusters, Galaxy Quest, Spiderman, George Romero’s Land of the Dead, Frank Darabont’s Stephen King film The Mist, and to Joss Whedon’s Serenity, for which he designed the Reavers.

This entry was posted in Art, Books, Illustrators. Bookmark the permalink.