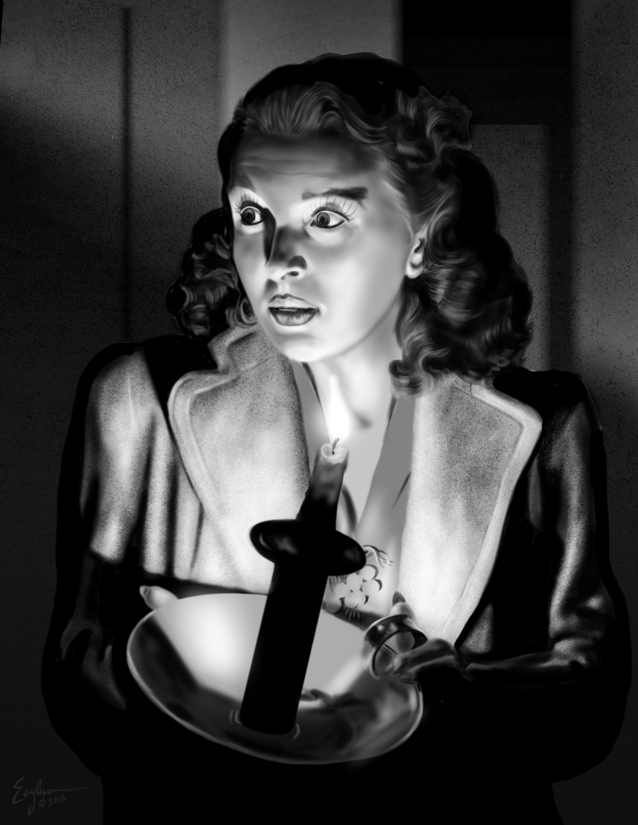 I understand there are entire conventions these days devoted to “Scream Queens” – women who act primarily in horror films.  But in the thirties and forties, few women specialized in horror.  Male actors like Karloff, Lugosi, Lon Chaney, Dwight Fry, Lionel Atwill and others might be typecast, or choose to specialize (if you’re falling anyway, you may as well make it a dive, right?).  But the women who played opposite them in the drafty castles and foggy moors of Hollywood’s back lots tended to do one or two such films, and then go back to more “normal” roles.  Dracula‘s Helen Chandler, Frankenstein‘s Mae Clarke, Zita Johann of The Mummy, Rose Hobart of Dr. Jekyll and Mr. Hyde, all returned to playing ingenues in dramas, romances, and mysteries, and supernatural monsters troubled them no more.

During this period, only two leading ladies acted in more than one or two horror films, and one of those was Evelyn Ankers.

Ankers appeared as Gwen Conliffe, the love interest in The Wolf Man (1941), and went on to become the reigning “Queen of the B’s,”  playing in  The Ghost of Frankenstein (1942), Son of Dracula (1943), The Mad Ghoul (1943), The Invisible Man’s Revenge (1944), and other similar films.  She also appeared in several of the Basil Rathbone / Nigel Bruce Sherlock Holmes films.